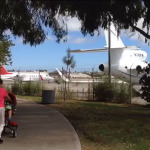 On September 18, 2014, one of our volunteers recorded two short videos that show quite clearly just how close the airplanes at Santa Monica Airport come to our community. 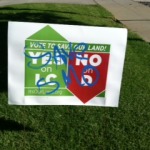 Supporters of Santa Monica’s Measure LC, for local control over the city’s airport, have filed a vandalism report after finding their pro-LC yard sign defaced by the words “Save SMO,” a slogan used by backers of the aviation lobby’s Measure D. 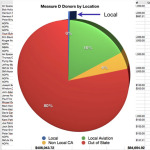 We are looking at what may ultimately be over a million dollars of spending by Measure D supporters to promote the deception that is Measure “D.” A whopping 99.6% of their funds are coming from aviation and/or non-local sources. So far, 80 percent of Measure D’s funding is coming from out of state, 16 percent […] 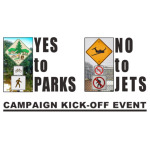 The Committee for Local Control of Santa Monica Airport Land (CLCSMAL) invites you to attend our kick-off meeting on Wednesday August 20, 2014 at the Mount Olive Lutheran Church (see attached flyer). The purpose of the meeting is to provide details on the two ballot measures (LC – the City Measure, D – the aviation lobby […]

The Santa Monica City Council has offered residents the guarantee they asked for: limits on future development at city-owned Santa Monica Airport (SMO). The city is asking for voter approval of a measure amending the City charter to prohibit new development on airport land, except for parks and open spaces, and recreational facilities. Any other […] 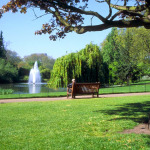 If we are successful in passing initiative LC and defeating D, the control of SMO land will be in the hands of the voters. Learn about the movement to turn SMO airport land into the city’s biggest park once this occurs. 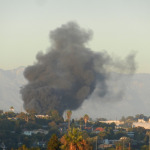 This post gives an overview of the controversy regarding aviation at SMO, including a look at safety, pollution & health, noise, jets, Santa Monica city & tax payer finances and more.